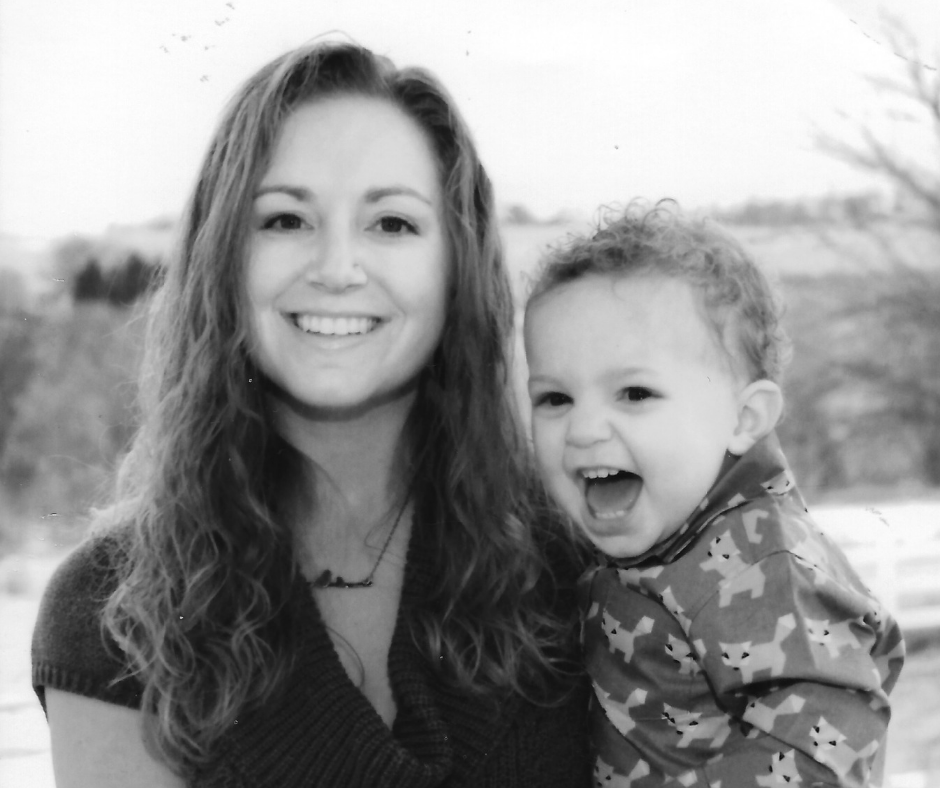 The struggle. The turning point. The beautiful result.

I have a son, a beautiful son, who has brought me so much joy. I loved being his mommy and he was my best friend. At 4 months old he started in a Montessori infant classroom where I was blessed to be one of his teachers.

This classroom is where our struggle began.

My son was a biter. He started biting the day he got his first teeth. I thought that it was normal, that he was just experimenting with his new chompers.

My precious baby boy, my best friend, the joy of my life was now being put in timeout in a padded room and earning plastic trinkets for doing exactly what the “teacher” told him to do when she said to do it. (The exact opposite of how I motivate children.)

After about 4 months in the inpatient behavioral center he was graciously allowed back into the school, where I was still a teacher.

Now my son wasn’t biting – but he was an angry little dude.

The teachers had to walk on eggshells around him because he was a ticking time bomb and the constant meltdowns were very disturbing in our peaceful Montessori school.

If one little thing didn’t go his way, the whole school knew it.

Now please understand, my child is not spoiled. This is not a parenting issue or a teacher issue. My perfect 3 year old had an issue.

My son continued to see the therapist he’d worked with at the inpatient center and we continued with family therapy for years.

Eventually he started biting again and so we decided to move him into a different classroom with a different teacher who had a similar teaching style to my own. She was very calm and patient and really valued outside time. I thought this change of scenery would be good for him and it was – for about 3 weeks.

After those first few weeks, he began being violent in ways we hadn’t seen before. He began clearing off tables and shelves full of work. He began turning over the trash can when it was time to line up.

One day there was some misunderstanding about a blue marker and he picked up a chair and attempted to hit his teacher (who was seated) over the head with it. This was the event that led him to enter into the inpatient behavioral center for the second time. At this point he’s 3½ years old and again my precious baby boy is being put in a padded room.

This time he stayed 6 months. He had learned the system and after the first few weeks, he was going most days without any time-outs. Thank GOD! But, we were still having meltdowns and he was just a ticking time bomb.

After those 6 months the center told us that they had no reason for him to continue in their program and he was allowed back into my Montessori school.

Again he had a different teacher, you see, the last one quit after he left. There were also students threatening to leave if we didn’t control his behavior.

He did well with this new teacher and a smaller class size. When I say he did well I’m saying that he didn’t bite anyone for about a year and he no longer tried to harm his teachers.

This is when I met Dr. Andy at Radiant Life.

I was a skeptic about this whole chiropractic thing but I’d already been through two child psychiatrists and done almost a year of inpatient behavioral therapy and we were still struggling on a daily basis.

Once I met with Dr. Andy I realized a few things.

I realized that my son’s constant diarrhea from birth was a symptom of what was going on in his brain and it wasn’t because we ate a high fiber diet.

I realized that his night terrors were actually anxiety attacks. (These middle of the night anxiety attacks lasted hours by the way and were super fun, NOT!)

I realized that my pregnancy and his birth were contributing factors to the way his brain was developing.

But the most important thing I realized was that this was not a behavior that my son could help.

This was my turning point.

I started to bring my son to see Dr. Andy 3 times a week and we modified our diet with his help. (We already ate really healthy but there was room for improvement.) It was so nice to talk with someone who understood my kid and wasn’t judging me for his “behaviors”.

It was nice to join a community of people with kids who were struggling like mine.

It was nice to not have to medicate my 4yo who had unofficial diagnoses of ASD, ODD, and ADHD.

As time went on and we began to calm his brain and change it, he’s able to handle stress better and his “behavior” began to fade away.

There was one final time that he was kicked out of school and there was a lawsuit against the school because of him but that is all in the past now. Fast forward to present day… I have a healthy happy 6yo who is thriving in 1st grade.

We have stuck with chiropractic and we still see changes in him. One of my favorite changes happened just a few months ago. My son asked me to rub his back at bed time.

My kid had never let me snuggle him before and let me tell you, I am one happy momma!

Now I work in Dr. Andy’s office and I get the pleasure of helping other struggling parents understand their kids better and I get to watch struggling kids stop struggling.

So I just wanted to say – you’re not alone.

At Radiant Life, our passion is working with neurological cases like ADHD, behavior struggles, autism, sensory processing, chronic ear/sinus infections, seizures, and any other neurodevelopmental struggles.

So, for those Omaha families that have a child struggling with a related condition that hasn’t improved with traditional medicine or alternative medicine – it’s time to see what Radiant Life can do to help.

We’re offering answers of what is happening in your child’s brain, a consultation, exam, and adjustment for only $100.

We’ve helped many kids over the years using safe and non-medicine methods.

Call us: 402-915-0846.
We accept a limited number of new patients every month. We’re committed to a fun non-judgemental environment, full of answers and action steps for our patients. Make an appointment today.

We’re located at 11320 S Davenport St, Omaha, NE. You can also reach us at https://radiantlifeomaha.com/about-us/contact-us.html

Font Resize
Contrast
Accessibility by WAH
Call Us Text Us